If you’ve ever lived in a village or residential subdivision, you might have experienced dealing with a homeowners’ association (HOA). I grew up in a village, and my parents never liked the idea of a HOA. They could afford the monthly dues, but each time the miscellaneous fees increased without warning, they’d complain that the HOA constantly spent their budget on events like sportsfests and children’s Christmas parties that no one but the HOA board and their village friends attended.

The HOA always held events like these around the year. But when it came to actual expenses for the village that people needed like a broken streetlight or repairing cracked roads, they’d always claim that there was never enough money in the treasury for it. And don’t get me started on the mudslinging and petty drama each time there was a HOA board election.

I grew up with this negative belief that all HOAs were just filled with a bunch of people with too much time on their hands but want to feel important. It’s like a school PTA, but for elderlies and people who don’t have kids in school. That was, until I grew up, moved out, settled down in a community shortly before I gave birth to my first daughter, and found a community where the HOA was actually an effective one.

My current village’s HOA provided total transparency on where the funds went. The board encouraged everyone – not just their neighbors and close friends – to be involved with community matters. There was rarely a complaint about mismanaged funds as needed repairs were quickly provided, and there was no power play involved in small matters like the color of our home or installing a metal fence.

Not all HOAs are perfect, and I think that’s what contributes to the negative reputation HOAs and its board has. Under the right circumstances, however, a HOA is capable of creating a thriving community with happy residents. And not only does it make the current residents happy; get an HOA that does its job well, and it may be what increases your real estate value.

What Is a Homeowners’ Association?

This may vary outside the United States, and some of this information may not apply to all residential properties in all states, but a homeowners’ or property owners’ association is a private organization created by the real estate developer or a group of people living within a certain area.

Let’s say that Corporation X buys enough land to make 50 houses in a gated community. They then create a HOA to manage the homes and deal with the community. If a lightbulb in your house broke, for example, it would be your responsibility to change it. But what about the lights, security, and water system that, although you benefit from, isn’t really your responsibility to maintain? In exchange for monthly HOA dues, the HOA handles this for the residents.

In some cases, there is no HOA in a certain area until a group of neighbors decide it’s necessary to establish one. Without HOAs, homeowners can look to their local government to get streetlights fixed or potholes filled. But that takes a long time, so some neighbors may decide it’s better if they all pitch in and work together to get it done. In other cases, real estate developers who have sold enough homes in the area will give the community ownership of the HOA and allow them to govern themselves.

If you’re looking to buy a house and it falls under an area that’s governed by a HOA, you can’t just buy the house and refuse to be a member and not pay your dues. It’s unfair because rules have already been established, and the dues you’re paying (should ideally) go to security, utilities, and outdoor fixtures you as a member of the community would benefit from.

Likewise, as a member of a HOA, just by buying the house, you have to agree with the laws established. Some communities are built with identical-looking houses or houses painted with monochromatic shades and have rules about changing your house’s outer appearance to look different compared to other houses. It may seem annoying and restricting, given that it is your property, but while the HOA upholds that rule, you have to follow it.

Currently, there are over 25 million households and over 62 million residents in the United States under a HOA. Some states have certain laws HOAs need to follow, while others are relatively lenient and allow HOAs to make whatever rules they see fit in their community as long as it does not go against actual law.

Duties of a HOA Member

As a homeowner in a community, your basic requirements are to pay your monthly dues and follow rules that may restrict what you can or can’t do to your property, assuming your HOA has rules about it. Should you decide to sell your home or transfer the deed to someone else, you automatically lose your membership to the HOA. In communities where security is tight, this may also mean you aren’t allowed to enter the community freely and have to be treated as a visitor (i.e. being given ID passes instead of freely entering).

How it works may vary in different communities, but in most communities, a board is something similar to a student council. Every year or so, an annual meeting is held within the community to vote on who gets to sit on the board. You aren’t required to attend as a homeowner, but if you want to have a say in who runs the community, you may want to attend and share your insights. You may even want to consider becoming a member of the HOA yourself.

In small communities where most people know each other, it can be fairly simple. You delegate members who you know has the time and experience to manage the community. They’re the ones handling where your monthly dues go, the upkeep of your streets and lights, hiring competent security to guard your area, or even handling minor disputes between neighbors that wouldn’t necessarily reach the courtroom.

Bigger communities, however, may have dissenting opinions on who should lead the community and how the money should be spent. In such cases, especially in neighborhoods with more amenities that it becomes a full-time job to maintain the community, the HOA may consider getting property management companies to act as the HOA in all but name. But since property management companies also need to be paid, some homeowners may be unwilling to shell out more money. 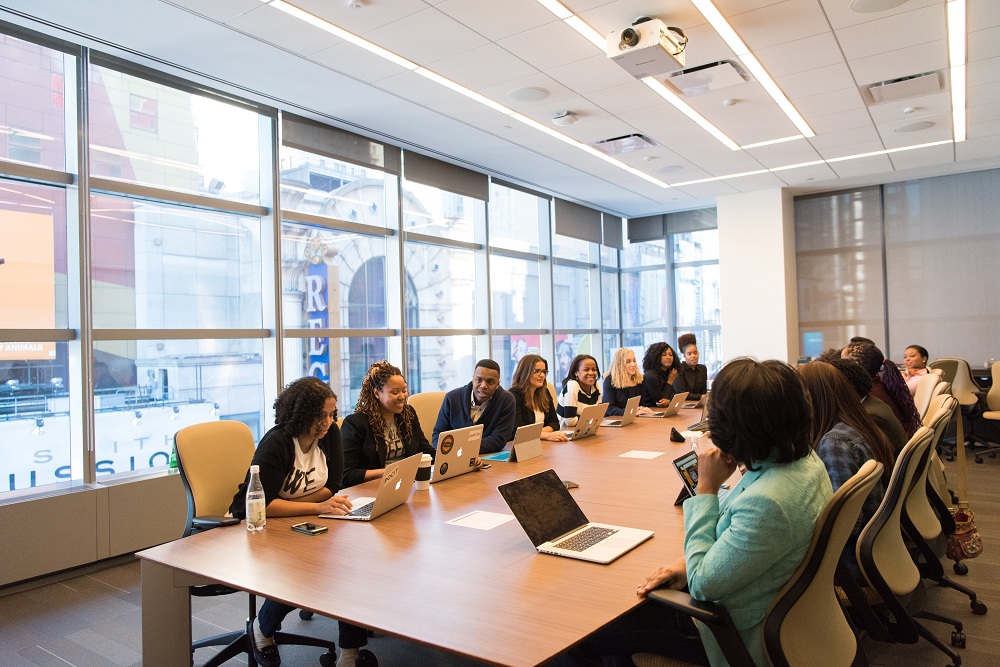 Why HOAs Are Necessary

Some people may be against HOAs because of their experiences. Because of the various regulations and because HOA standards aren’t regulated in all states, I can’t really speak for all HOAs. Some may have incompetent board members or really just a lack of funds, but for the most part, HOAs exist for the benefit of the property owners.

If you’ve lived in a community your whole life, you may not understand the difficulty people outside HOAs face. If there are potholes on the road or a broken light fixture that’s a safety and security hazard on your street, the only organization you could call is your local government like the mayor’s office. But because they’re dealing with more important parts of the city, it may be a while before maintenance arrives.

Some communities also get the benefit of amenities such as parks, pools, and centers for children and elderlies. The upkeep of these amenities come from the HOA. People who don’t live in villages have to pay for these amenities in clubs or sports centers, but part of your dues pays for the upkeep.

You might be annoyed that your HOA imposes rules about how your home should look or what you can or can’t do during renovations or repainting. However, look at it this way: if your HOA compels all homeowners to follow a certain standard, think about what it does to your property value. Your home may easily be devalued by a neighbor who doesn’t clean up their yard, so setting the standard ensures that, once you decide to sell, your neighbors won’t be a reason why your estimated value is lower than you’d expect.

Sure, it means added costs and some restrictions on the way you want to design your house. But compared to homeowners who live outside a HOA, these are worth the costs when you consider the amenity privileges, faster street repairs, and property value you maintain.

What If the Government Regulated HOAs?

Because of the lack of regulation, some people may not be for HOAs because they haven’t seen what a good HOA can provide them with. But what if the government created a legal standard HOAs had to follow?

Imagine this: your HOA, but better. Your annoying nosy neighbor with so much time on their hands can’t apply for the board of directors just because they have free time. Board of directors who are certified or at least have necessary experience. One has experience working in the security field and can reduce the cost of security while increasing effectiveness. Another has connections to a company that provides sustainable light fixtures for a lower price.

I’m not saying government regulation is the answer. But if there was a standard of what made a good HOA, we could get rid of boards that give HOAs a bad name and fix plenty of communities suffering because of poor management. It may not fix all neighborhoods across the United States, but putting competent people in charge is a good place to start.

Despite the negative perception plenty of people have, having a homeowners’ association will benefit property owners in the long run. Its rules are there for a purpose. And while many may not have the freedom to let their yard grow out or choose a wild color to paint their home, they are getting more efficient service, added security, and better property value – as long as they have the right board who can handle such matters.

PrevPreviousDealing with Annoying Neighbors the Legal Way
NextMoney Matters: How Much Rent Can You Really Afford?Next